Living Their Best Lives With Blind Cricket: The Gift Of Sport 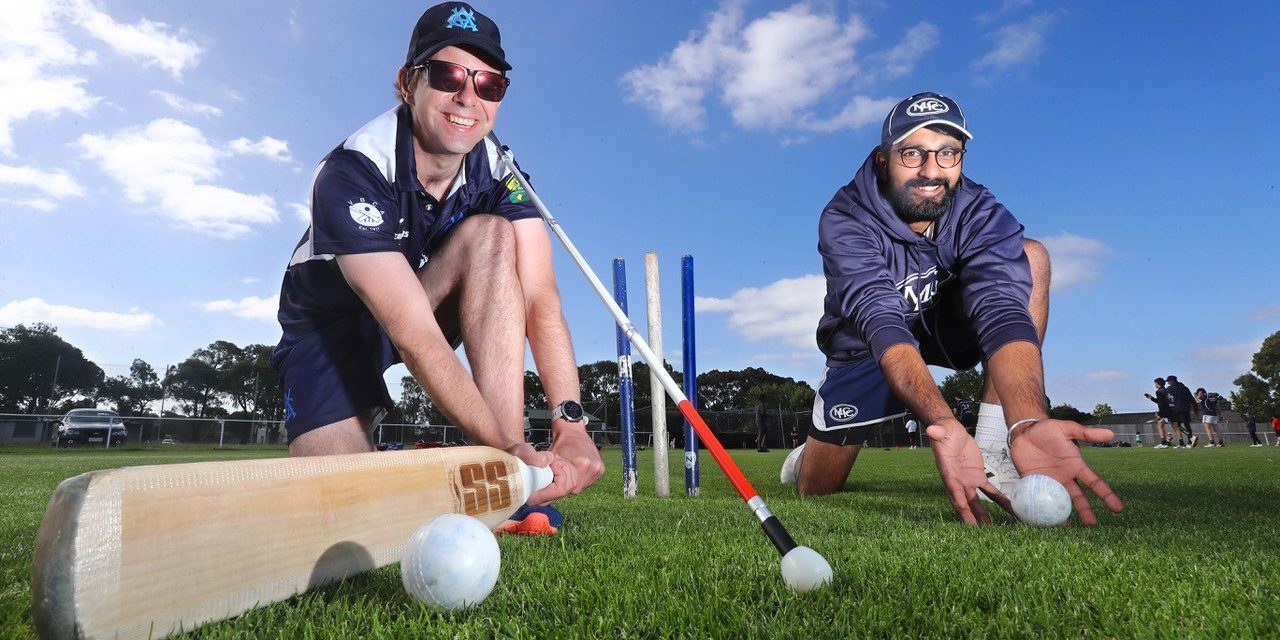 It’s fair to say almost every parent just wants what is best for their child – for them to be happy, healthy and to live their best lives.

And for most Aussies, a happy and healthy childhood usually involves sport.

But what if your child’s sporting options are limited because of disability?

Thankfully, most sporting associations across Australia are developing new pathways for children with a disability to become involved.

It is designed to teach kids the basics of Blind Cricket – which is just like normal cricket, but with a ball that makes sounds. And it has the added advantage of helping boost kids’ confidence, along with their physical capabilities.

And with Blind Cricket becoming increasingly popular as both as national and international sport, it means all kids – including those with a vision impairment – can aspire to one day play cricket for Australia.

Like most Aussie kids, Travis Zimmer grew up playing lots of sports including cricket, tennis, athletics and football.

But when he started having vision problems in his teens, he quit team sports – in part because he didn’t want to let his teammates down.

Now aged in his 40s, he has rekindled his love of sport through Blind Cricket, which he says makes him feel like a kid again.

“Blind cricket is one of the best things I have ever done,” he said.

“It is inclusive, there is no judgment and it has brought so much happiness to me and a sense of worth in sport,” Mr Zimmer said.

“I withdrew from team sports because I didn’t want to let people down because of my vision impairment, now I want to grow this great sport so more people feel like they can play.”

Mr Zimmer says Blind Cricket is not just about sports, it also helps children with a vision impairment by improving their physical fitness, improving confidence, boosting their social skills and teamwork – and it is a lot of fun, for everyone involved.

“Our focus is to develop pathways for young kids to play sport, especially Blind Cricket through the Blasters program and then hopefully go on to play for a team in the VBCA competition – or potentially represent Victoria at the National Cricket Inclusion Carnival, or even ultimately play for Australia at a World Cup and Blind Ashes,” he said.

Blind Cricket is played throughout the world, especially in cricket-mad India where more than 25,000 people with a vision impairment play the sport.

There is also a national competition in Australia.

The Victorian Blind Cricket Team, with the help of its new sponsor 13cabs, is already gearing up for the next National Cricket Inclusion Championships against its interstate rivals.

Blind Cricket is played very much like normal cricket – expect the ball makes a sound. It is also bowled underarm and must bounce twice, so it can be heard, before it reaches the bat.

Blind Cricket was first played in Victoria in 1922, when some vision impaired cricket enthusiasts decided to have a bash with some rocks in a tin can. Early audible balls were made of wound cane filled with lead and bottle tops, as the sport progressed into a national competition.

Victorian Blind Cricket Association is holding an open day to celebrate the 99th anniversary of blind cricket in Victoria, and encourage more people – both children and adults – into the sport. The open day will be on November 27 at Kooyong. Find out more at  https://www.vbca.org.au

A 13cabs Townsville taxi comes with a price guarantee
June 24, 2022

Get out with 13cabs taxi Drivers this Queen’s Birthday long weekend
June 9, 2022

Australia’s largest taxi company, 13cabs reveals compelling reasons to joining them as a professional driver
May 8, 2022